A Tale of Charles Dickens

An exhilarating epic by Paul Lazarus and Janet Dulin Jones. A co-production with the Award-winning Antaeus Theatre Company, with sixteen actors portraying more than one hundred and thirty characters. The setting is London in the 1830’s—the most colorful and chaotic city in the world—and young journalist Charles Dickens is uncovering a dark conspiracy of arson and murder. A fanciful look at the man before he became the iconic author we know today.

Recorded before a live audience at the Skirball Cultural Center, Los Angeles in October of 2005. 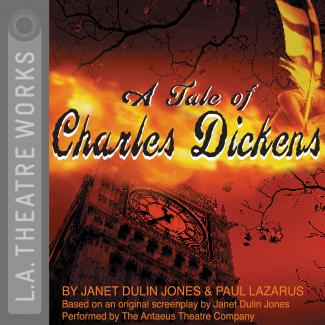